1920s aristocratic feminist, Benita, dreams of heading her own magazine in a male dominated world but needs her lover Terence to help her reach her goals. Millie, a rich socialite and heiress to the Hemsby fortune, is about to be married to James, thus fulfilling her family’s dream of assuring their line.

A chance encounter on a train journey to London throws both women together, and a sensual trap is spun by their mutual desires. By the time they alight on the platform at Waterloo, both are changed and neither wants to say goodbye.

Is Benita strong enough to risk jeopardising her dreams and goals for a woman who captivates her? Can Millie break with tradition to follow her heart? When confronted by opposition and heartbreak Benita and Millie must find a way to be together, yet the world seems set to oppose them.

Benita stood with her hand on the handle of the carriage door, peering through the glass and experiencing a mild pang of annoyance on seeing she’d have to share a carriage with two men. She hated sharing and being constantly observed.

Travelling second class was not her thing, not her thing at all, any journey normally being undertaken in the civilised surroundings of first, where she was cosseted and able to spread out on a comfortable seat. She was fiercely territorial, practically a tiger about it. She hated any infringement of her space. She even hated Terence, her lover, invading that space—if lover was what you could call him. Benita rather thought of him as her escort, a necessary peon who assisted her in her elevation towards becoming the first woman editor of her own magazine. This notion filled her with an almost unbearable sense of egotistical satisfaction. Satisfaction that she was ahead of her time, forging through barriers whereas most women of her age stood still, surrounded by children and a home. Not that there was anything wrong with that, but she’d always possessed determination and a masculine thrust to her personality.

Oh well, since I’m writing an article about the joys of economy travel I must grin and bear it. She entered, clicked the door shut, sat down, and instantly fell under the scrutiny of the men, one who stared at her with ravenous intent and the other furtively from behind his newspaper.

Benita was far too modest and grounded to face up to her attributes despite the fact Terence evidently revered her. Her mother was Jamaican and had married a lord. It was utterly taboo, Henry having enjoyed a scandalous relationship with her mother, who was deliciously beautiful, strong and wilful, and yet suffused by a benevolence that had meant she was loved by everyone who met her. Benita was the reflection of the best parts of both her parents. She had hair the colour of burnished mahogany and her darkly interesting eyes—capable of an army of emotions—were emphasised with the en vogue smoky shadow, a perfect foil for her café au lait skin and plump, seductive lips. Lips which Terence said couldn’t help themselves, they were so downright sinful. She self-consciously smoothed a hand down the front of her crisp ivory blouse while the newspaper man’s gaze followed her elegant fingers as they hovered over a minor adjustment to her cameo. She congratulated herself that she could smile directly into his eyes before looking away, through the window at the empty platform. She would not be invaded. You needn’t think of changing places, either, she thought triumphantly as she swung her large paisley holdall onto the seat beside her.

As the steam train moved out of the station, the bolder of the two men extended his leg and, using the toe of his expensive shoe, tried to engage her in mildly predictable flirtation by brushing her ankles again and again. Benita suffered an unconscionable urge to kick him where it hurt, but she was used to such behaviour. She reached instead into her purse, taking out the small black notebook she’d become famous for using, and with the stub of her pencil began to make notes in her scratchy, masculine handwriting. Whenever she looked up, which she did from time to time, it was to see she was still under scrutiny. The man’s expression seemed to say ‘address me, seduce me’.

A shiver of distaste eased down Benita’s spine. She did not invite the attention of men, but she was not oblivious to the game of attraction. She enjoyed it somewhat, but not quite as much as she enjoyed the notion of the warm, smooth places and ineffable charms of woman.

The train belched and jerked as it clicked across the points, and Benita, not wanting to unbutton her coat too much, stood up. Inching down the window, she let in the breeze. The train rolled smoothly along, leaving the town and heading through a pastel-hued countryside beneath crystal blue skies and scudding clouds. Benita continued to scribble as her astute mind absorbed things and criticised them. She was a voracious shrew regarding small details.

Once, she glanced up and saw a rather pale and haunting face observing her through the door of the compartment. Then, like a ghost, it vanished, and Benita speculated that she must have imagined it. 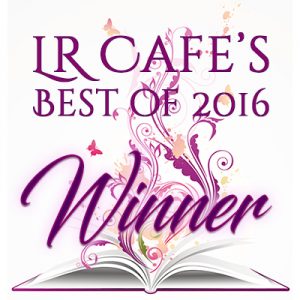 Be the first to review “The Turning Point” Cancel reply