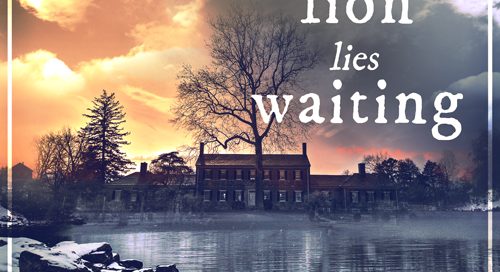 Winter, 1780, and the solstice is fast approaching. Four months after the events of The Moth and Moon, burly fisherman Robin Shipp is preparing for his first Midwinter festival with his lover, the handsome baker Edwin Farriner. But when a letter arrives begging for help, they must travel with their friend, Duncan, to Port Knot on sinister Blackrabbit Island for a final confrontation with Edwin’s mother. Also visiting the island are Lady Eva and her wife Iris, with a stunning proposition that could change Robin and Edwin’s lives forever.

The snow-covered harbour town of Port Knot is a dangerous place. While there, Robin, Edwin, and Duncan explore the menacing rooftop settlement known as the Roost, mingle with high society in the magnificent splendour of Chase Manor, and uncover a violent conspiracy threatening the island’s entire way of life.

Old rivalries will flare, shocking secrets will be revealed, and as Duncan’s scandalous past finally catches up with him, will it ultimately destroy them all?

The men will be tested to their limits as they discover that on Blackrabbit Island, the lion lies waiting.