Now that the crew of The Prayer have settled down on an uninhabited alien world, their captain intends for them to forge a new life for themselves. But Khurshed’s plans are interrupted when the ship receives a distress call from a nearby planet. While most of his lovers are excited by the prospect of making contact with their new neighbors, First Officer Antoine argues that responding might endanger the crew. As it turns out, his fears are well placed…

Dirty, panting, and sweating like a pig, Rick stood back and surveyed his greatest achievement. Ten rows of newly sown green beans, ten rows of spinach, and ten rows of zucchini; the first crops he’d planted outside the rigorously controlled and monitored confines of The Prayer’s oxygen garden in four years. The first Earth crops that had ever been planted on this planet. In this galaxy, even.

“Bitchin’,” he said to himself.

“Don’t curse in front of the baby vegetables,” said Thomas, slinking up behind him and draping his lanky arms over Rick’s shoulders. “You don’t want ’em growing up as warped and perverted as you, do you?”

“Fuck off, Meléndez,” Rick drawled, tilting his head up to accept a kiss.

“How come our first crops are fucking greens? I haven’t had a donut in close on five years. Why can’t you plant some…bread seeds?”

“Wheat, you ignorant loser. We don’t have any grain.”

When they’d first set out from Earth, they’d been equipped with everything they needed for the duration of the one-and-a-half-year journey to Pluto, including a cargo hold full of supplies for the dwarf planet’s fledgling colony. They’d had nutrient shakes, chewable protein bars, enough canned food to feed one hundred people for four years, the reliable bounty of Rick’s vegetable garden, and flour. When they were set adrift by the enemy, they’d comforted themselves with the knowledge that they’d die of boredom and cabin fever long before they starved. Even so, Rick recalled vividly the bleak looks on everyone’s faces three years ago when Echo had informed them that the last of the flour was finished.

“Besides, donuts? That shit’s bad for you. Echo’s fruity desserts aren’t doing it for you anymore?”

Thomas made his meh face. “He’s been using that weird melon-shaped thing we found a lot lately. I can’t get used to the aftertaste. It always feels like someone coated the back of my tongue in cement.”

“Don’t let Echo hear you say that. He’ll be whatever his equivalent of upset is. And he might poison your dinner.”

Their new vegetable garden had been planted in the lee of the rocky hill next to which The Prayer currently squatted, her landing gear obscured by the long grass. Being situated in the planet’s temperate zone, they wouldn’t have to worry about the periodic decades-long draughts that assailed the southern regions. Because Antoine’s current fascination was the local marine life, they were within walking distance of the beach. There was another ancient abandoned town a few miles east, though Rick wasn’t all that eager to go exploring again just yet. Not after what had almost happened to Zachery and the captain.

Khurshed, Rick reminded himself. That’s what he asked you to call him.

Thomas was resting his chin on Rick’s head, a habit he’d picked up since Rick had started shaving his scalp. The explosion that had taken his eye had also burned off a good chunk of his hair, and Zachery had said it was as good a time as any to try a new haircut. Rick had agreed. Then, stupidly, he’d given Zachery free reign to experiment on him. The result was so arrestingly hideous that he’d had no choice but to go bald. Thankfully, it turned out that all three of his boyfriends thought his new look was sexy as hell. Rick wasn’t so sure, but he couldn’t deny that having his bare scalp stroked and fondled made it feel as though someone had pumped kerosene into his dick.

“Comfortable up there, asshole?” he inquired of Thomas.

“Sorry,” he said, not sounding the least bit sorry. “It’s the price you pay for being my shortest boyfriend.”

“Okay, I’m gonna bite your nipples off for that,” said Rick, peeling off his gloves and turning around so he could get at them.

When Rick had first met Thomas, he hadn’t thought much of him. He’d come off as a bland everyday nice guy, maybe a bit of a worrywart, with unassuming good looks. Nothing special. As they’d gotten to know one another better over the course of the four years they’d been lost in space, they’d become amicable acquaintances, though not quite friends. Rick had liked him while never being one hundred percent comfortable in his presence, his feelings towards the ship’s security officer muddled by what he now recognized as a huge, unacknowledged crush. Then the captain had come along and dragged them all into bed with him, and after that, everything had worked out.

Rick wasn’t the type to rate his boyfriends; he felt as drunkenly, giddily in love with the captain and Zachery as he was with Thomas. That said, they were all vastly different people, and they each had their own place in Rick’s life. Thomas was the one Rick went to when all he wanted was someone to make him smile. When he’d emerged from the medical pod, Thomas had been the first to be allowed to see his empty eye socket, and in the weeks that followed, Rick had turned to him whenever he started thinking dark thoughts. No matter what else was going on, Thomas always made him feel good.

“Oh yeah,” Thomas said, his breath hitching as Rick settled a hand over his dick.

“You’re such a whore,” he told him, rubbing the spot behind his left ear like he was a cat. As Thomas sagged against him, mumbling incoherently, Rick kissed him hard, grinding their dicks together while he moved his hand from Thomas’s ear to massage the back of his neck. As soon as Rick had learned where Thomas’s soft spots were, he’d realized that he could do pretty much anything with him.

“You like that?” he asked. Not because he had any doubt that Thomas did. It was just nice to see Thomas try and fail to make his tongue work, because sweet gentleman Thomas never ignored a question.

Rick smirked. I have so got your number, pretty boy.

“How about we go inside?” Rick said. “Wouldn’t want to traumatize the baby beans, would we?” 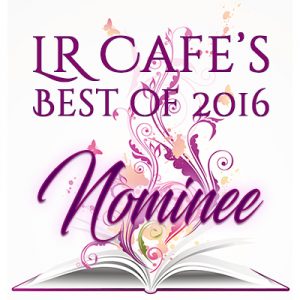 Be the first to review “The Captain’s Promise” Cancel reply