Skip to content
Behind NineStar Press: The owner and their story

So this story starts with a little girl who had a dream. She wanted to live in all of the worlds she read about, because reality was a very scary thing. The monsters in the real world were so much scarier than any she read about, and they could actually hurt her. So she escaped into the other worlds, and they saved her life…

I realized I liked girls when I was about seven, but I had no understanding of that, especially since I liked boys too. Is this normal? Do all people feel this way? The questions were constant in my head, but there were no gay people in my life. I didn’t even know what gay was. I had no one to whom I could ask questions about what I was feeling. And with all of the other secrets I kept from the world, this one was just another added to the pile.

I was raised in a large Hispanic family that went to church every Sunday. Catholic church. I was taught that children should be seen and not heard (especially if they held secrets). That it was okay to cuss and drink and cheat as long as you went to confession. I can’t say when I knew it, or even why. I can only tell you that from a very early age, I knew I was an abomination. Maybe it was the whispered comments about my cousin who needed to find a husband so she could get on the “right” path or the person my aunt said was “one of those kinds.”

Was I “one of those kinds”? Did I need to make sure I found a husband to stay on the “right” path? What would happen if I never found a fix for who I was?

And so I became the model child. I never got into trouble. I did well in school. I made sure I was a proper young lady in church. But that feeling never went away. No matter how hard I tried, I was still “wrong.”

Fast forward five or so years…

Many things changed, but that child who loved books was still a huge part of who I was. My love affair with the written word came from a need to find a better place. To find a place where I belonged. The sad thing was that along the way, there were no books that shared my story; none that gave me a peek at people like me. I was hiding so much, and as I got older, there were other things that set me apart.

The realization I hated my body came slowly over my preteen and early teenage years. All of my friends hated theirs as well, so I thought it was a normal thing. We were going through puberty…everyone feels off then. I tried losing weight (I’ve always been a big girl) because that was what all of my friends were doing. I got down to a size 2, a very unhealthy weight for me. Nope, that wasn’t it. I gained weight and got to a healthy weight. That wasn’t it. I tried make-up and new clothes and haircuts and everything I could think of. Nothing worked.

As I approached fifteen, I began to see the changes in my friends. The girls were filling out and getting more “female” looking. The boys were getting facial hair and more muscular. I found I envied them…the boys, not the girls. I wanted to be more like a boy. But I didn’t want to stop being a girl.

So on top of not knowing what to do with my “attractions,” I now had to worry someone might find out I was also confused about being female or male.

And all the while, I still read. Everything I could get my hands on. But not a single book was my story. Not a single character was me.

When I turned sixteen, I thought sex might be the answer. If I could have sex, I might clear up my “attractions” and my lack of gender identity. So, I sought out sex.

It was messy and uncomfortable and such an obligation. But I kept working at it…for years. I kept trying because I needed a fix. I needed to be “okay.”

And I got pregnant. I was nineteen. My boyfriend at the time was from a white, middle-class family, and up until that time, I had never really dealt with racism. I am biracial, and I tend toward lighter skin, but I have many of the Hispanic/Sephardi features. I live in a predominately Hispanic city. I knew about racism. My grandparents didn’t teach their kids Spanish because they didn’t want them to have an accent. So, I knew there were racists.

When his father called me a Mexican whore who was only after him because he was white and had money, I was shocked. Seriously shocked. It was my first real taste of what it’s like to not be seen as okay because of my genetics. It was something I couldn’t hide. Something I couldn’t put in a closet, and it scared me.

But I finally had something else to focus on. I had a baby and a new husband (because that would make me “right”). Most of my secrets were hidden away, and for a little while, they were forgotten.

When my daughter was about a year old, one of my best friends came over because he had something to tell me. He came out of the closet that day. Of course I knew about gay people by then, and I waved my ally flag. Ally was better than “freak.” There wasn’t a term for what I was, so “freak” was what I called myself in the privacy of my mind.

That was 1988. Rock Hudson had already passed away, and Freddie Mercury had been diagnosed with HIV. Many of my friends passed away, and I cried for days on end. I was afraid, and my closet was given a few more locks. 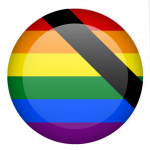 And still no stories or characters.

The years passed. I dated men and women, and I came out to my family as Bi. (I finally thought I had a word for part of what I was: Bi.) It still didn’t fit, but it was something. It helped me be part of the world again. I still didn’t like sex and I still didn’t feel okay in my body, but I had something.

In 1999, I read a book called The Merro Tree. It changed my life. Here was a character who wasn’t quite male or female. He still called himself male, but he didn’t hide his female qualities. He liked men and women (and aliens). Figures that my first real connection with a character was in a sci-fi novel. Not a human character. Not someone I could meet on the street. But it was like a world opened up to me. I had found a character more like me than any other I had ever read.

I was out as Bi, but my other secrets remained. Only the book and I knew. 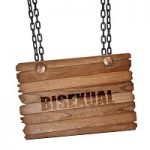 Slowly over the last fifteen years, things have changed. I have learned there are people out there who are like me. There are people who don’t care the gender identity of the person they love. I realized I wasn’t sexually attracted to most people. When I look at someone I am attracted to their person for the most part. I can tell you if someone is attractive, but there isn’t anything behind that beyond aesthetics. So I tried pansexual on for a while. Not quite right but the best fit so far.

Then I slowly got to know more people who moved from masculine to feminine and back again. That was me. It was how I felt…sort of, but I had not heard of a term, something to call myself. But I had a concept, an idea. Again, the best fit so far. 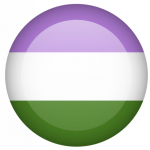 So two down (mostly), one to go. I came across an article in my search that talked about being asexual. I had skipped over it many times because asexual has ‘sex’ in it. I had been told it was a sexual orientation. Well, I don’t like sex. I don’t want sex. I don’t really have any desires. So asexual was not on my list of “I might be this.” But this article explained me. It was like reading my thoughts. And there it was… a perfect fit for part of me.

And still no books or characters.

I could read all of the gay/lesbian romances I wanted to, but I skipped the sex scenes and eventually got bored. I loved the romance part of it. I loved seeing my friends in the characters. But I never saw me.

Five years ago, I started on a journey. I wanted to work with books. I wanted to keep that love alive, to take the thing that saved my life as a kid and make it better. I wanted to bring stories and characters like me and so many others to life. But I am not an author. So I got into editing and the business end of it. I worked my way up from proofreader to copy editor to editor to editor in chief. I read and learned as much as I could.

And so, as of last month, I am the new owner of NineStar Press.

Books saved my life as a child and kept me going over the years. My dreams are now becoming a reality. I can help get the stories and characters out there.

I can make sure there are books for people like me, who are lost and think they are the only ones. People who struggle daily with their secrets.

I have many plans for NineStar, but mostly, it’s to publish the voices that need to be heard. Yes, we will have a full library of gay and lesbian romance, but we will also have ace and trans and bi and genderqueer and pansexual characters, and they will be in any partnership they want to be. Or they won’t have a love interest at all.

I want LGBTQIA+ people of color to be able to find their likenesses in characters. I want great Lit/Genre Fiction books out there to show that gay/lesbian/queer people have a voice. Trans people can be in hetero relationships, and Bi people are still bi, even if they end up with someone of the opposite gender. Ace people can have loving and fulfilling relationships without sex scenes, and characters can be gender fluid.

Mostly, I want people to see they can find a character like them who is okay and “right” and BEAUTIFUL.

So this is me. I am an asexual, panromantic, genderqueer person of color. And books saved my life.

I can’t wait to see where the story takes me from here.