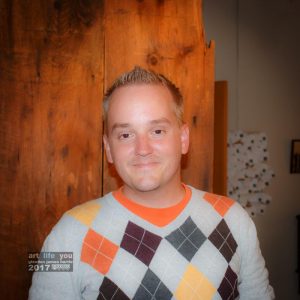 Sean holds a diploma in Professional Writing from Algonquin College (Ottawa, Canada, 2009). He found his love of writing at the age of ten when he released his first miniseries via Duo-Tang folder to his family and friends. He has another four novels outlined and is working on draft one of a fifth.

In December 2016, he launched the Pontiac & Ottawa Valley Writers’ Circle under the umbrella of the Pontiac Artists Association (PAA). He continues to coordinate the efforts of the POVWC and is enjoying the blossoming of a strong creative writing community.

Sean writes a wide range of genres with a particular focus and interest in literary and upmarket fiction. He specifically enjoys writing stories that deal with how people react to hardships, exploring how they come through them for better or for worse. It’s the experiences and choices that change people that intrigue him the most. Common themes include addiction, mental health, sexuality, grief and hope.

Sean lives on a farm in Bristol, Quebec, with his husband, Glen; their dogs, Suzie, Maxwell and Walker; their goats, Tyrion and Arya; and their llamas, Shadow and Angie.