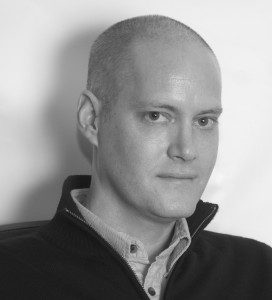 Andrew J. Peters has been writing fiction since his elementary school principal let him read excerpts from his mystery novel over the PA system during lunch period, an early brush with notoriety, which quite possibly may have been the height of his literary celebrity. Since then, he has studied to be a veterinarian, worked as a social worker for LGBTQ youth, and settled into university administration, while keeping late hours at his home computer writing stories. He is the author of eight books, including the award-winning The City of Seven Gods (2017 Best Horror/Fantasy Novel at the Silver Falchion awards) and the popular Werecat series (2016 Romance Reviews Readers’ Choice awards finalist). Andrew lives in New York City with his husband Genaro and their cat Chloë. When he’s not writing, he enjoys travelling, Broadway shows, movies, and thinking up ways to subvert heteronormative narratives.